Here’s a round-up of ideas for Thanksgiving to help you plan the menu for your feast or decide what to bring to a potluck.  All are vegan and gluten-free (GF) unless otherwise noted.  Don’t forget to use my handy timeline checklist and read my planning tips to help you plan for stress-free Thanksgiving dinner!

I like serving a dip with crackers or crudite because it will tide people over without filling them up.  These spreads can be made on Tuesday or Wednesday and brought to room temperature the morning of Thanksgiving.  Appetizers are also a great to bring if you’re coming to someone’s house for dinner; these dips and spreads will travel well.

My Basil and Brie Flat Bread (not vegan, use GF pizza dough) is an easy way to make a homemade appetizer from store-bought ingredients.  Bake it earlier in the morning before the turkey goes in.  This one is also great to bring to a dinner party; it will wow people I promise.

These Artichoke, Leek, and Mushroom Crostini from the Kind Diet are AMAZING!  I’ve made them for Thanksgiving and for my housewarming party – a big hit both times.  All the different parts can be made the day before and assembled just before guests arrive.

I hollow out pumpkins and use them as vases for flowers as the centerpieces for my table.  I roast the seeds following Martha Stewart’s recipe for spicy and sweet pumpkin seeds; hands down the best salty-sweet-spicy combination I’ve ever tried.

My advice is to always have one vegetarian main (preferably vegan) that has plenty of protein. Most of the other sides are naturally vegetarian so someone who is plant-based can have a well-rounded meal.

For several years, I made this Corn Bread and Broccoli Rabe Strata published in the New York Times.  It’s a really substantial main for a vegetarian, but my non-vegetarian family members rave about it.  Here are my notes: I make one box of Trader Joe’s Cornbread Mix, which is a little sweet, and another batch of regular cornbread from scratch or another mix.  Using half of TJ’s cornbread gives the strata a nice sweetness, but using only TJ’s would result in an almost dessert-like strata – I wouldn’t recommend it.  You can use the extra cornbread for the stuffing.  I doubled the vegetables and used regular broccoli (because Rabe gets expensive) and added any other veggies I happened to have on hand (like greens or cauliflower).  Assemble this strata on Tuesday because it gets even better as it soaks.  (not vegan, make GF cornbread)

I made up a recipe for Stuffed Acorn Squash last year.  I’ll try to re-create it this year so that I can post the recipe!

I made these Harvest-Stuffed Portobello Mushrooms from Chef Chloe one year.  I used the Steamed Lentils in salad refrigerator section of Trader Joe’s.

Thanksgiving is an homage to carbohydrates: mashed potatoes, stuffing, sweet potatoes, and bread.  Funnily enough, this is the area I end up cooking the least since my dad makes the stuffing and my aunt brings the mashed potatoes.

The mashed potatoes my aunt makes are definitely not vegan, but they are amazing.  Sorry, it’s a top-secret family recipe that I’ll never be sharing.  They are the only mashed potatoes I’ve ever had at Thanksgiving, and I can’t imagine having anything else, so I don’t have any suggestions for you!  If you know of a great recipe, please leave a note in the comments.

Confession: I’ve hated sweet potatoes for most of my life, especially those served at Thanksgiving.  As a kid, my mom made the kind with marshmallows on top, which I enjoyed only because I just ate the marshmallows off the top.  She discovered a recipe that has a streusel topping sometime in the ’90s, which we’ve made on Thanksgiving ever since.  I dutifully make it for the sweet potato lovers in the family every year and take exactly one bite to confirm that I still hate sweet potatoes. I can’t seem to find the recipe online, so I’ll post it another time.  I cringe looking at sweet potato recipes, so I don’t have any suggestions for you on this one either.  Let me know if you have a great recipe.

Stuffing (or dressing?) is a hot mess if you’re vegan AND gluten-free.  Since my dad makes the stuffing (it’s not GF or even vegetarian; I just deal), I don’t have a go-to recipe.  My main contribution is making sure we have plenty of cornbread on hand, because it takes stuffing to a whole other level.  Here’s a few ideas.

Gluten-free: If you’re GF, you actually have a few options for stuffing.  You can go the traditional route if you aren’t vegetarian, and use GF bread and bread crumbs.  They actually have GF stuffing mixes these days.  Here’s a pretty straight-forward recipe by the Gluten-Free Girl.   Since it’s not cooked in the bird, you can make it vegetarian by substituting vegetable broth (not vegan).

Gluten-free and vegan: Think about having a grain-based stuffing, like wild rice or this Quinoa Sage Stuffing from Living Simply Gluten Free via Tasty Yummy’s “A Very Tasty Thanksgiving.”

One of my aunts is in charge of bringing dinner rolls and a baguette (we serve a cheese plate with salad before dessert because my mother was French, and because there aren’t enough calories consumed on Thanksgiving).  I have aspirations of one day making my own rolls or biscuits, but truthfully I can’t handle making anything else.  These are the recipes I think about making:

These Maple-Roasted Brussel Sprouts with Toasted Hazelnuts by Chef Chloe have become a tradition since I started making them two years ago.

Homemade cranberry sauce is incredibly easy, tastes so much better, and completely wows your guests.  You can get all kinds of fancy with cranberry sauce, but I like this basic one from Martha Stewart.

My friend Rachel turned me on to this Mushroom-Miso-Mustard Gravy last year.  I’ll be making it again this year; it’s GOOD.

In my family, we are Thanksgiving dessert purists – we only eat pumpkin and pecan pie, made from my grandmother’s recipes. I do deviate from her pie crusts, however.  I can’t bring myself to cook with Crisco.  My go-to pie crust recipe is Martha Stewart’s Pate Brisee. (can make vegan with Earth Balance and GF with all-purpose flour mix but it’s crumbly and difficult to roll out; use your hands to press it into a large disk and then use a rolling pin)

It turns out the Pumpkin Pie recipe passed down from my grandmother is the one on the back of a Libby’s can.  Go figure.  I’m not ashamed – it’s really good! (not vegan)

On Thanksgiving day, I will never stray from Granny’s/Libby’s Pumpkin Pie recipe because it is a family tradition.  But if I did (or needed to make a vegan pie), I would try one of these vegan pumpkin pie recipes from Oh She Glows. The spiced pecan crust sounds AMAZING.

On a non-Thanksgiving occasion, I made mini pumpkin pies with a gingersnap crust using a muffin tin.  OMG.  If you’re not wedded to regular pie crust (or are completely intimidated by making pie crust), give this it a try.  It’s basically store-bought ginger snaps, sugar, and butter processed into a crumb.  If you google, you’ll find a bunch of recipes.

My family will disown me if I ever stop making Granny’s Pecan Pie (a family secret, for now).  If I could try another recipe, I would make Martha Stewart’s Maple Bourbon Pecan Pie because I love bourbon and maple syrup and pecan pie.  I find it a little odd that they chose a picture of a child holding a pie when there is booze in it.  I know the alcohol is cooked out, but I still find it a little disturbing.

If I ever need to make a healthy(ish) vegan pecan pie, I’d try this one from the Kind Life.

We always serve our pies with whipped Cream. (not vegan)  If there’s a vegan around (usually me), I’ll make Coconut Whipped Cream (Oh She Glows has an excellent tutorial).

The last thing you want to do around Thanksgiving is think about cooking breakfast for a crowd of people. But it can be unavoidable if you have people spending the night on Thanksgiving Eve or staying over after the feast.  All of these breakfasts can be made ahead so that you don’t have to stress.  The granola would make an excellent hostess gift if you’re spending the night.

My Corny Oat Banana Bread as muffins stay moist for a few days, so you can make them a day or two early.

This vegan French toast from The Kind Life rocks my world (use GF bread).  You can make the batter the day before so that pulling it together in the morning is a snap.

Granola keeps for weeks, so you can make it far in advance.  Serve it with non-dairy milk or greek yogurt and fresh fruit.  Here are a few that look good:  killer granola by Shutterbean (not vegan), basic granola by Food in Jars (vegan except for honey), Maple Pecan Granola by Joy the Baker (vegan except for honey), and another one from Joy the baker that is gluten-sugar-dairy-free.

Advice for Cooking Gluten-free on T-Day

Having someone over who’s gluten-free and don’t know how to deal?  Gluten-free Girl and the Chef put together a great video on how to shop gluten-free.

What I’ve Been Up To 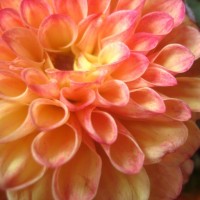